What is Letter of Credit?

A letter of credit is issued (opened) bank a Bank on the request of his buyer customer in favour of seller, which is an undertaking by the bank to make payment to the seller if fulfills his obligations. The process of Letter of Credit is described in the following images and also explained in simple terms below: 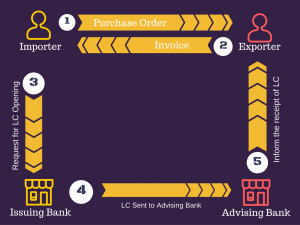 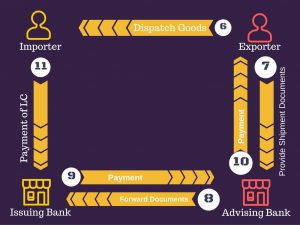 Why the need of a letter of credit arises?

To understand the process, suppose Mr. A (importer) in India is importing goods from Mr. X (exporter) of USA. The risk to exporter is that Mr. A might not make payment of delay payment, once goods are shipped to him. Similarly, if importer makes an advance payment, risk to him is that the exporter might not ship goods once he make payment. The solution to this problem is Letter of Credit.

I simply want to mention I am very new to blogging and site-building and really liked this web blog. Very likely I’m likely to bookmark your blog . You actually come with good writings. Appreciate it for sharing with us your blog site.