The Central Bureau of Investigation has arrested a Branch Sales Manager, ICICI Bank, Bhuteshwar Branch, Mathura (Uttar Pradesh) and a Sales Executive(Outsource employee of said Bank) for demanding & accepting bribe of Rs.50,000/- from the Complainant.  A case was registered against the accused on a complaint. It was alleged that the Complainant had availed Home Loan Facility of Rs 10 lakh from the ICICI branch, Bhuteshwar wherein Bank had initially disbursed first phase of loan amount of Rs 3.04 lakh. Source

THE MANAGER of a Canara Bank branch in a Baghpat village put up a notice “banning” entry of customers into the premises if they wear half pants because it “distracts women employees of the bank.” Source

Digital banking units (DBUs) will soon be launched in 75 districts across the country with at least 10 products and services, which will be scaled up to 30 in due course, sources told FE. These would cover both the asset (loan) and liabilities (deposits) sides.

In a meeting last week, the department of financial services reviewed the progress of the DBUs, aimed at expanding digital banking in mainly rural areas, to ensure customer satisfaction gets top priority at such units. Source

SBI, the lead bank of Bajaj Hindusthan Sugar (BHSL), is planning to invoke the personal guarantees of promoters after the company was sent for debt resolution to the Allahabad Bench of the National Company Law Tribunal (NCLT).

The NCLT is yet to admit SBI-led banks’ petition to start the corporate insolvency resolution process for BHSL.

“A #Fake message issued in the name of SBI is asking customers to update their PAN number to avoid their account from getting blocked. Never respond to emails/SMS asking to share your personal or banking details,” PIB Fact Check, the central government’s official Twitter handle to dispel misinformation on government policies and schemes, stated.

12 Bipartite Settlement for revision of bank employees’ salary and service conditions is due from 1st November 2022. Finally, the Charter of Demands has been submitted by Bank Unions to IBA. Read: How to pass Read more… 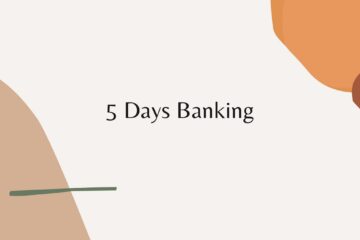 The new labour code is talking about permitting four days working in a week in the country. And the Banking Industry is still dreaming about getting a 5 days banking in week. Bankers are demanding Read more…