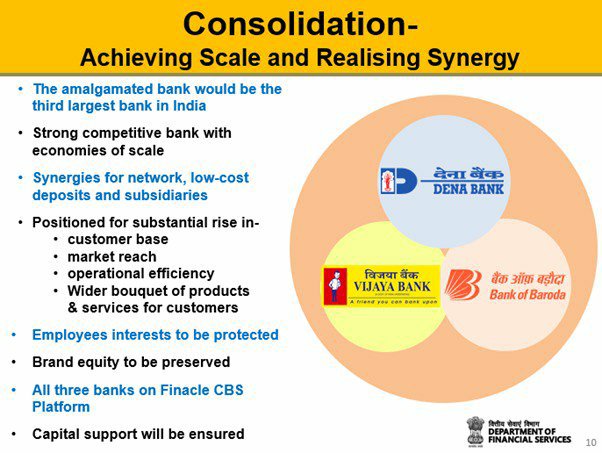 He said the banking sector needed reforms and the government was taking care of banks’ capital needs.
Rationalisation of overseas operation in the banking sector is in full swing, he said, adding the government was keen to take steps so that history wasn’t repeated as far as NPAs are concerned.
Reforms introduced for clean banking include strict enforcement of conditions of loan sanctions, stressed asset vertical in banks, transparent recognition of NPAs, upfront provisioning for losses on NPAs, agenda for reforms, recalling of expensive AT1 bonds, rationalisation of overseas branches and effective mgmt of operational risks, collection of past details of borrowers for loans of over Rs 500 million, Kumar said.
Post the announcement of the merger, Finance Minister Arun Jaitley blamed the United Progressive Alliance (UPA)-led government for failing to tackle Non-Performing Assets (NPAs) of banks. He said, “the real picture of NPAs was only known in 2015, the UPA had swept NPAs under the carpet.”
With gross non-performing assets of banks rising to Rs 10.3 trillion in FY18, Jaitley asserted that consolidation of banks was a priority for the government.
Categories: Articles